Rowdy Gaines life is one of inspiration and courage. Gaines, born in Winter Haven, Florida, didn't start swimming until the age of 17. He tried other sports as youngster but was either too short, too slow, or not coordinated enough. As he recalls, "I wanted to play football but was so intimidated by the size of the other players."

A shy boy growing up, Rowdy Gaines found the solitude of swimming laps to be just what the doctor ordered. But his shyness quickly dissipated with his new found swimming success. After two years of rapid improvement as a high school swimmer, he was offered a scholarship to swim for Auburn University and under legendary coach Richard Quick.

Read More
Rowdy Gaines Profile
Rowdy Gaines life is one of inspiration and courage. Gaines, born in Winter Haven, Florida, didn't start swimming until the age of 17. He tried other sports as youngster but was either too short, too slow, or not coordinated enough. As he recalls, "I wanted to play football but was so intimidated by the size of the other players."

A shy boy growing up, Rowdy Gaines found the solitude of swimming laps to be just what the doctor ordered. But his shyness quickly dissipated with his new found swimming success. After two years of rapid improvement as a high school swimmer, he was offered a scholarship to swim for Auburn University and under legendary coach Richard Quick.

If not for the 1980 Olympic boycott, Rowdy Gaines might very well be one of America's most famous Olympians. He was favored to win 4 Olympic Gold Medals in 1980. He had broken 11 World Records. But as he says today, while disappointed by the decision to boycott, he supported President Carter and the U.S.A 100%.

With every set back in his life, Rowdy Gaines has persevered. He graduated from Auburn in 1981 and thought his swimming career was over. Professional swimming didn't exist at that time. He left the water for nearly a year, worked in his dad's gas station, and went through post-collegiate depression thinking he'd missed his dream to swim in the Olympics. If you are not a swimmer, you have to understand the Olympics are swimming's Super Bowl. Four years is a very long time in a sport where the biological clock is ticking. At his father's coaxing to "stop feeling sorry for yourself," Rowdy Gaines came out of retirement and in late 1981 returned to the sport he so loved.

At a "dinosauric" age of 25, Rowdy Gaines entered the 1984 Olympic trials as an after-thought. Many believed he was washed up and over the hill. After all, he hadn't swam a best time in nearly three years. But it was part of the strategy for Gaines to peak at the right time.

Rowdy Gaines made the U.S. team in three events; the 100 meter freestyle, 400 meter freestyle relay, and 400 medley relay. Even after making the 1984 team, few gave Gaines a chance to medal. His times from the trials were good but not his best. He went into the 1984 Los Angles Olympics an underdog. It was a roll he relished.

Waiting behind lane three for the finals of the 100 meter freestyle, Rowdy Gaines wore a walk man and listened to Phil Collins "I don't care anymore." He had dedicated 10 years of his life for the next fifty seconds. He had survived a roller coaster emotional ride. Stepping onto the block, he was replaying his swimming career in his mind. History would judge Rowdy Gaines by the number of Olympic golds he would win. But he didn't care about history at that point. He was at peace with all he had accomplished. He didn't need a gold medal to make his career a success. It was in that fifty second moment that he was set free to swim the perfect race.

Rowdy Gaines won individual Olympic gold in the 100 meter freestyle and anchored both U.S.A. relays to Gold medals. He finally lived his dream on the sports greatest stage. He had closure and could officially retire from the sport of swimming.

If this were a fairy tale, we would stop now with ‘The End.' But there is more to the story. In August of 1991, at the age of 31, Rowdy Gaines was inflicted with Guillan-Bare Syndrome. Guillan-Bare is a neurological disorder that paralyzes the entire nervous system. There is no known cure the syndrome. It affects 1 in 100,000 Americans. Gaines was hospitalized for 2 ½ months and miraculously made a full recovery from the life-threatening syndrome. His doctors say if he hadn't been for his physical condition from his swimming background, he might not be alive--or at best be paralyzed for life. The first day out of the hospital, his wife Judy took him to a familiar surrounding, the swimming pool. Within a year, Rowdy Gaines had relearned all the basics we take for granted; tying a shoe, eating with a fork, and brushing our teeth-- and even began to swim again. He swam a few meets and like most great athletes in their sport, contemplated a comeback. He was ranked top 10 in the world in several freestyle events. He was the oldest swimmer to qualify for the 1996 Olympic Trials, at the age of 35. But when you are a committed family man like Rowdy Gaines, your priorities change. He chose not to compete but enter the broadcast booth as NBC's Olympic Games Swimming commentator. It's a role that has suited him very well. NBC and USA Swimming were both excited to have his knowledge and excitement of the sport shared with so many that he was asked to commentate the 2000 Atlanta Olympics and will be in Athens for 2004.

Today, Rowdy Gaines is often referred to as "Swimming's Greatest Ambassador." He leads a busy schedule as the Director of Outreach for the Alabama Sports Hall of Fame and family man to four daughters. He travels the world passionately sharing his love for the sport of swimming with youth, parents, and coaches. Rowdy Gaines serves as a national spokesperson for the Children's Miracle Network, HealthSouth, Disney, Rayban, Speedo, and John Hancock. He is a member of the International Swimming Hall of Fame and is a sought after motivational speaker by companies world-wide. He's a regular TV commentator for swimming and sporting events.

And, yes, Rowdy Gaines still finds time to swim for recreation. After all once, you have the love for a sport in your system, it's awfully hard to get out. 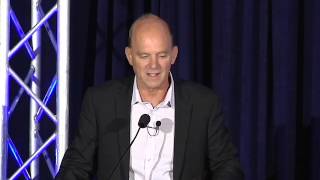 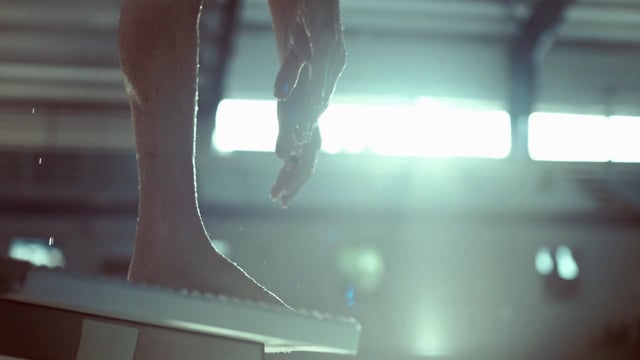 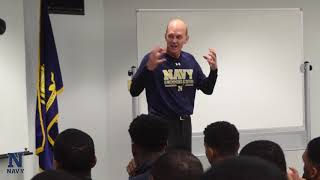 How Illness Almost Took My Life

How Illness Almost Took My Life