Patrick Sweeney is the son of a first generation Irish immigrant. He paid his way through college where he took up rowing. With just two years of experience, he decided to take on the world and try out for the USA Olympic team. Five years later, he finished second in the Olympic trials and won national and international championships in the process. But he could have been an Olympic Gold Medalist.

After the Olympics, Patrick attended a Top 5 business school where he would earn his MBA and go on to start one of the first cloud computing companies raising almost $30 million, winning great clients, and eventually selling the company. But the venture capitalist made most of the money.

Read More
Patrick Sweeney Profile
Patrick Sweeney is the son of a first generation Irish immigrant. He paid his way through college where he took up rowing. With just two years of experience, he decided to take on the world and try out for the USA Olympic team. Five years later, he finished second in the Olympic trials and won national and international championships in the process. But he could have been an Olympic Gold Medalist.

After the Olympics, Patrick attended a Top 5 business school where he would earn his MBA and go on to start one of the first cloud computing companies raising almost $30 million, winning great clients, and eventually selling the company. But the venture capitalist made most of the money.

He had skill and more than enough will. He was held prisoner by fear.

Then he almost died, and everything changed.

He bootstrapped a new company he sold for millions. He earned eight patents, published three books, started setting world records, and in 2018 won "the world's toughest bike race", the 3,000 mile long Race Across America. He started living the life of his dreams. He invested in dozens of start-ups from Slack to Y-Combinator and has been recognized by Presidents and rock stars for his contributions to charity and business. Once he discovered his Fear Frontier™, Patrick unlocked a level of power, performance and happiness he never thought possible. He searched out the science behind why and how, and today his mission is to share the neuroscience of success and the power of fear with as many people as possible. 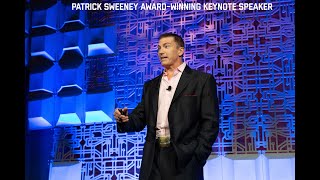 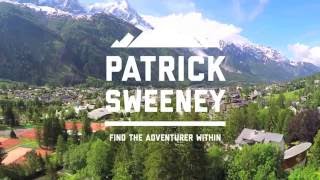 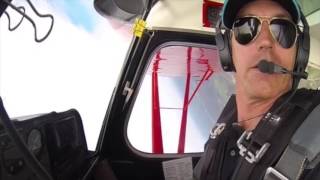 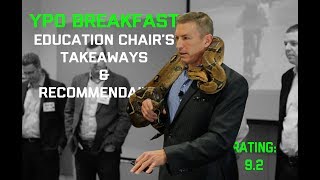 The Surprising Power Of Fear

The Surprising Power Of Fear
Learn to use fear to create your most powerful, successful and adventurous life possible. Captivate your audience with an exciting combination of the latest neuroscience on fear, the amygdala and human performance with the authentic narrative of Patrick Sweeney's journey going from the world's wimpiest kid to Olympic level athlete, to multi-millionaire entrepreneur, to now the first person in history to attempt cycling the seven summits. This innovative talk engages the audience and shines a light on the latest cutting edge science with lessons from Harvard Professors, World Champion Rugby players, Red Bull Pilots and Fortune 50 CEOs. This will have audiences laughing, crying and walking away changed for good.

Creating a Culture of Courage

Creating a Culture of Courage
What holds most people back from their true potential isn't lack of skill or lack of will, it's fear. The human brain is designed primarily for survival. This architecture interferes with our happiness, success and fulfillment in all walks of life. In fact, at a typical industry conference or sales kick-off, attendees learn so many new and exciting strategies, ones that could dramatically change their business, yet only a fraction of attendees go back and implement those new ideas. Many leaders fear failure, or are afraid of changing the status quo and rocking the boat. Stagnant leaders live in a fearful culture where employees do things because "that's the way it's always been done." In this engaging presentation Patrick explains why we get stuck in a prison of less-than-peak performance. Then he demonstrates tangible neuroscience techniques that you can use immediately to increase your power, success, and change every aspect of your life.

Imagine finishing second in the US Olympic trials in rowing, when you could have been a gold medalist, or raising almost $30 million and creating the first cloud computing company only to have your venture capitalist make all the money when it was sold, and worst of all needing six cocktails just to get on a plane for a business trip, or not going at all. Fear locked Patrick Sweeney in a prison of constant suffering until he met with the ultimate terror – the diagnosis of a rare form of leukemia and a slim chance of survival. After beating the disease thanks to talented doctors, cutting edge mental techniques learned at the Olympic training center, and the grace of God, his whole life changed. He took flying lessons, and started another company, then another, then set world records. Now a multimillionaire, commercially rated stunt pilot – Patrick's super power is courage and he's used it to create the life of his dreams.

Today, his mission is to teach millions of people the superpower of courage. For his upcoming book Fear as Fuel he interviewed more than 30 neuroscientists and psychologists and learned the latest investigations on how the brain functions and the secrets of overcoming our fear-based survival instincts. Patrick translates a vast continuum of scientific research into practical tactics on how to live to your fullest potential, create super-successful businesses, fulfilling relationships and raise courageous, happy children. Using fear as fuel you'll begin to confidently make the best decisions of your life and unleash a new level of power. His talk gives you a sneak peak of what is sure to be a best seller.

Patrick was called one of the world's most interesting men by Inc. Magazine and holds several world records for attempting to cycle the Seven Summits. He won the 2018 Race Across America (called the world's toughest bike race) and he is the Chairman emeritus of Young President's Organization Sports & Entertainment Industry Network. He splits time with his wife and three children between Boston, Massachusetts, Chamonix France and seat 21D.

Start-up Me:-
Running Your Life & Career Like An Entrepreneur
Patrick goes back to his roots as an entrepreneur and angel investor and reveals the top five principles anyone can adopt to create successful companies, personal lives and careers.

The Business of Happiness

The Business of Happiness
A formula for extraordinary success in business and in life. Patrick Sweeney was staring at the ceiling of a sterile room in Johns Hopkins with more tubes and wires hooked to him than the space shuttle. He asked himself one crucial question; "If I die today will I have lived the happiest, most passionate, adventurous life possible?" Despite being a former Olympic level athlete and multi-millionaire technology entrepreneur - the answer was no. He found himself saying, "I wish I could…" too often and wondering if he was out of time. With each prayer for help he promised to live a life of significance and inspire millions of people to live the most passionate, balanced, adventurous life possible. Come find out how to live in your Genius, melding passion and vocation, how to make more time for family and adventure, and walk away with the five critical secrets to lasting happiness.

10:1 The Entrepreneurs Secret to Ulti...

10:1 The Entrepreneurs Secret to Ultimate Productivity
How would you like to live life 10 times better? You can dramatically change everyday of your life going forward thanks to lessons from the USA Olympic Training Center, The Word's Top Entrepreneurs, US Navy Top Gun Instructors, and the most cutting edge neuroscience researchers. This provides your audience with the ultimate life hack to being faster, smarter, and better at life and business. What do Top Gun Pilots, World Champion Rugby Players, Fortune 50 CEOs, Navy SEALs, billionaire entrepreneurs and the most productive, successful people in the world have in common? They know the secret to get very good at anything quickly, they have cracked the code to greatness in under 1,000 hours. Patrick Sweeney will show you why the infamous "10,000 hour rule" is utter nonsense, how diet and exercise can be the key to mental productivity, and what great leaders have discovered about fear – learn the five steps to mastering anything and becoming 10 times more productive in your life and business.