On April 15, 2013 Dr. Stavas approached the finish line of her fifth Boston marathon. Just blocks away she heard explosions, and she ran towards them.

Arriving at the scene she went to work administering CPR, applying tourniquets and triaging the wounded.

Read More
Natalie Stavas Profile
On April 15, 2013 Dr. Stavas approached the finish line of her fifth Boston marathon. Just blocks away she heard explosions, and she ran towards them.

Arriving at the scene she went to work administering CPR, applying tourniquets and triaging the wounded.

What led her to make that fateful decision to run into a terrorist attack? An expert on chaos, Natalie Stavas attacks every obstacle with the same attitude: "You run towards that which you fear, that which challenges you, that which is oppositional." Running towards chaos actually makes chaos more manageable.

Following these actions President Barack Obama, Katie Couric, and Anderson Cooper honored Natalie for her role as a first responder. Improper Bostonian magazine named Dr. Stavas one of "Boston's Best" and The Boston Globe awarded her with "2013 Bostonian of the Year" - an honor bestowed upon those that shape the biggest story of the year in a remarkable way.

After the bombings Dr. Stavas increased her efforts in preventing childhood violence and improving the health of urban communities. She is a mentor for Sole Train- a non-profit organization guiding inner-city youth on a path towards their full potential through running. She is also the medical advisor for the Appalachian Mountain Club, helping improve the health of children by getting them outside.

Dr. Stavas' work goes beyond borders- traveling to Haiti throughout the year she provides medical care to children and helps strengthen the fragile medical infrastructure. A documentary featuring this work as a medical pioneer premiered at the 2014 South by Southwest film festival.

Dr. Stavas has written for multiple outlets including the Huffington Post, the Center for Disease Control, Self Magazine and the Medical Bag.

She has been featured in Runners World, The New York Times, LA Times, The Boston Globe, The New Yorker, Time and People Magazine.

Described as a healer, educator and community leader she received the 2012 Change Maker award from The Boston Foundation.

Dr. Natalie Stavas is currently a physician at The Children's Hospital of Philadelphia. Trained and educated at Harvard University, Natalie's area of experience is in childhood trauma, decreasing youth violence and researching how we can better protect and serve high-risk children.

She is pursuing fellowship training in Child Protection pediatrics and obtaining a Masters in Health Science and Public Policy at The University of Pennsylvania.

Keep an eye out for her upcoming book, "Sole to Soul," about the transformative power that running has on high-risk youth, a simple solution to the complicated problem of childhood poverty and violence. 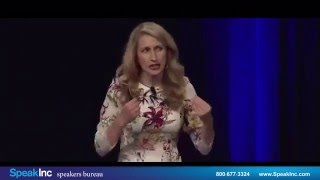 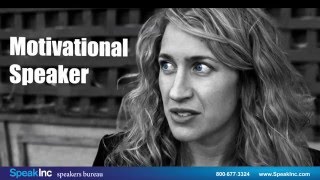 Running Towards Chaos
Natalie Stavas was born on a farm in Nebraska. She was once told that people from Nebraska don't do well in places like Boston. She proved them wrong. Natalie was the first person from Nebraska to be accepted into the Harvard Pediatric Training program at Boston Children's Hospital.

An avid runner, Natalie's philosophy for success is…. "You Run Towards." This philosophy was never more apparent than on April 15th 2013. She had just run 26 miles and was about to finish the Boston marathon when the bombs detonated at the finish line. Instead of turning around and running away with the crowd, she ran towards the chaos and saved 4 lives that day.

Natalie has been honored by President Obama, as well as featured on CNN, BBC, CBC, and Fox news. She has also appeared on the cover of Runner's World Magazine and Sports Illustrated. Natalie Stavas attacks every obstacle with the same attitude: "You run towards that which you fear, that which challenges you, that which is oppositional."

Natalie speaks to audiences about her experience as a first responder and what ultimately led her to make that fateful decision to run into a terrorist attack.

In this keynote, Dr. Stavas will…

• Begin by showing a challenging situation and posing a question
• Ask the audience to reflect on chaos in their own life and how they respond
• Incorporate Natalie's humorous upbringing on a farm in Nebraska to demonstrate challenges we face
• Talk about real life chaos, both internal and external
• Discuss the ultimate decision of literally "running into chaos" and how to deal with the consequences
• Explore why we should all consider ourselves people who "run towards"
• Discuss how we find meaning in our chaotic lives

The Audience will learn …

• That although counter-intuitive, running towards chaos actually makes chaos more manageable
• Why humans are genetically pre-disposed to be selfless and how to incorporate that into everyday life
• How internal chaos can paralyze us from achieving our full potential
• How we find meaning in the chaotic world that surrounds us