Early on in her career she worked as an Art Director at Young & Rubicam for brands such as Hershey's, Wendy's, AT&T and Revlon. In 2014 she moved to New York City to pursue a Masters in Branding at the School of Visual Arts.

Early on in her career she worked as an Art Director at Young & Rubicam for brands such as Hershey's, Wendy's, AT&T and Revlon. In 2014 she moved to New York City to pursue a Masters in Branding at the School of Visual Arts.

In April 2015, Michelle embarked on a 100-day project that would change the course of her life. Born to a family of Holocaust survivors, Michelle was accustomed to living with fear. But when she moved to New York, she quickly realized that the "big apple" was not for the fearful. In order to rewrite her definition of fear and change her approach to life, Michelle decided to face 100 of her fears in a period of 100 days, uploading every experience to Youtube sharing them with the world.

At around day 40, the project was discovered by the media, becoming a viral phenomenon. Her work has been featured on CBS, CNN, Huffington Post, Buzzfeed, Fox News, Telemundo, Glamour, Elle, The Rachael Ray Show, Refinery29, and Daily Mail among many others. Celebrities such as Ashton Kutcher, Sofia Vergara, Zoey Deschanel, Lil Wayne and George Takei also shared Michelle's project, generating millions of views.

Facing her fears took Michelle to a TEDx stage where she faced her 100th challenge. This decision marked the beginning of her speaking career. Since then, she has spoken at companies such as Google, Facebook, ESPN, Netflix, Microsoft, P&G, Bayer, Toyota, World Domination Summit, Festival of Media, Inbound, Operation Smile and many more. In 2017 she started speaking to the younger generation. Since then, she has been presenting at schools around the country and abroad encouraging students to become their bravest selves.

In 2016 Michelle founded Hello Fears, a social movement to make the world a braver place. Through a series of live events, online videos, podcast interviews, user generated content, merchandise and daily inspirational posts, Hello Fears empowers millions to step outside of the comfort zone and tap into their full potential. 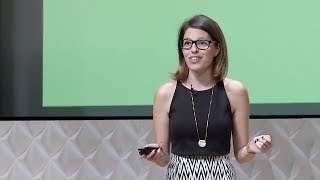 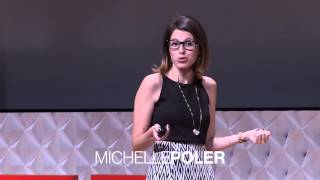 "Fear Less, Do More"
A talk that will change your perception of fear and inspire you to take action
Michelle's humorous and inspiring speaking style has been captivating audiences across the globe. With authentic storytelling, engaging visuals and her 100 Days Without Fear experience, Michelle will show you how to challenge your comfort zone to tap into your full potential.

In this fun and energizing session, you'll learn about:

• Dealing with the unknown
• Seeking growth over safety
• Embracing authenticity
• Daring to fail
• Leading with accountability
• Redefining fear, from obstacle to opportunity

One of Michelle's key findings lies on Abraham Maslow's Hierarchy of Needs where she uncovered how our needs not only motivate us, but they also limit us. By learning how to prioritize and negotiate with our needs, we open a world of opportunities.