Matt Havens is not your typical speaker. His uncanny ability to provide real-world solutions in a relatable and humorous way have made him one of the quickest up-and-coming speakers in the industry.

Matt's signature style began in corporate America, where by 25 he pitched the C-suite boardroom of a Fortune 25 company on his plan to lead enterprise-wide transformations to capitalize on the "Millennial" opportunities present in the marketplace and the workforce.

Read More
Matt Havens Profile
Matt Havens is not your typical speaker. His uncanny ability to provide real-world solutions in a relatable and humorous way have made him one of the quickest up-and-coming speakers in the industry.

Matt's signature style began in corporate America, where by 25 he pitched the C-suite boardroom of a Fortune 25 company on his plan to lead enterprise-wide transformations to capitalize on the "Millennial" opportunities present in the marketplace and the workforce.

Matt's work soon caught fire, and he began speaking to audiences all over the country, subsequently catapulting up the corporate ladder and leading teams in areas as diverse as marketing, sales, and customer retention.

Matt has been at the forefront of driving massively-scaled change efforts, started new sales departments, and ran contact centers in 5 different U.S. locations. In short, his approach is baked in reality instead of hyperbole.

Matt now brings his simple yet profound solutions to companies, associations, and small businesses across North America. His stated mission is to put perspective into action – both professionally and personally – by unpacking our true motivations, and specifically how our answers relate to the meaningful relationships and connections we create. The versatility of his experience and expertise is why he's frequently called upon to address a variety of topics ranging from generational differences, leadership, culture, communication, sales and building successful teams. 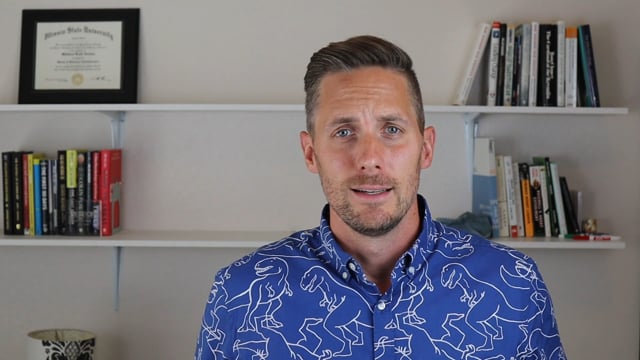 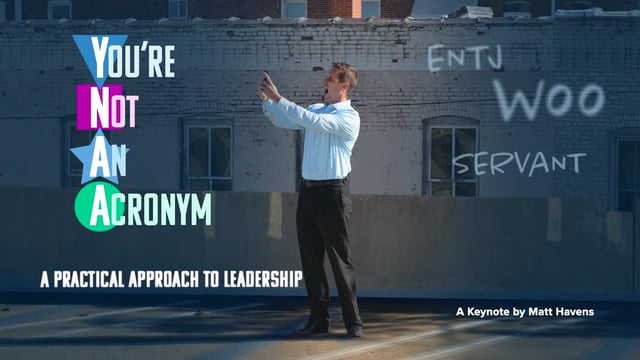 You’re Not An Acronym 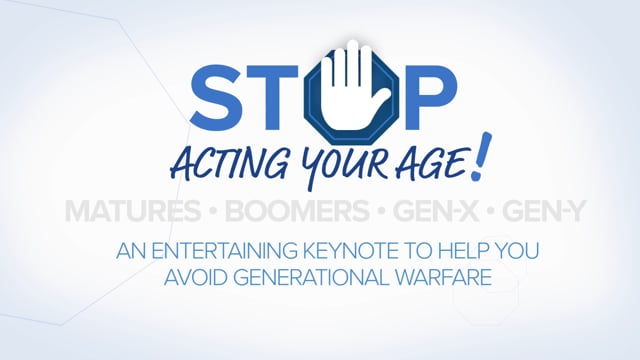 The Human Way:
The 4 Truths to Making Your Business Human
The hyper-connectivity of today's world has forever blurred the lines of work and life.

Organizations which understand and harness the qualities that make us human will outperform their peers in creating memorable customer experiences and true workforce engagement.

Matt teaches how the 4 Human Truths motivate all human behavior and what it means for you.

Stop Acting Your Age!
(generational issues)
If you've listened to any other discussion about generational issues at work, then you've undoubtedly been told there are four distinct generations operating side-by-side in today's working world. You've then been told the differences between those four generations, and then you've been told (although probably not in these exact words) that you need to just deal with all these different people, because they're not going away and they're not going to change how they operate. If that advice suits you, fantastic.

However, if you've ever been frustrated by how impossible it seems to employ four different strategies to manage four distinct generations, and if you've ever felt like you're the only one who's being asked to make any changes, then Stop Acting Your Age! is exactly what you need. Because it turns out that there really aren't four generations. In this hysterical keynote, you'll learn a simpler way of looking at your own generational picture, and you'll also learn how to understand, recognize, and resolve every generational issue facing today's workforce. That's no exaggeration; by the end of Stop Acting Your Age!, you and your colleagues will walk away with all of the knowledge you'll need to address 100% of the generational issues you'll face for the rest of your career. Other generational presentations focus on what people want, but Stop Acting Your Age! will tell you why everyone wants the different things they do. It's an important distinction, and it will make implementing new solutions easier than you ever thought possible.

So get ready to laugh more and learn more than you ever thought possible. Because improving your generational issues doesn't have to be boring.

Partial List of Takeaways:
• Learn to replace the complicated four-generation model with a workable dichotomy between older, more experienced workers and their younger, less-experienced counterparts
• Understand the key cultural, technological, and social changes that have conspired to create a disconnect between team members from these two generations
• Walk away with several immediately applicable strategies to address and eliminate problems caused by the disconnect mentioned above
• Inspire a healthier, more robust work ethic in your younger employees (and your older ones, too)
• Inspire a healthier, more robust attitude toward change in your older employees (and your younger ones, too)

You're Not an Acronym

You're Not an Acronym
A Practical Approach to Leadership
If you've been a leader for a while or are being groomed to become one, then you've probably taken your fair share of personality tests. Perhaps you know your Woo strength, or maybe you've recently discovered that you're a purple triangle when you're stressed. If this kind of information is all you need in order to be the kind of leader your people are excited to follow, then you probably don't need to keep reading this.

But if you've ever suspected that leadership may be about more than just you, then You're Not an Acronym is the kind of leadership presentation you'll truly appreciate. Matt Havens has spent over a decade in various leadership positions at a Fortune 25 company. He's taken dozens of personality assessments, and he's recognized a fundamental flaw in the way that all of them attempt to help people become better leaders. By addressing and then correcting this oversight, You're Not An Acronym will help you expand your understanding of leadership exponentially – and you'll do it while laughing all the while. Because not only is this one of the most insightful leadership keynotes you'll ever sit through, it's also one of the funniest. After all, boring isn't a business requirement. So get ready to enjoy the process of becoming a more effective leader more than you ever thought possible!

Partial List of Takeaways:
• Understand the value (and limitations) of personality tests and other types of self-analysis as they relate to improving your leadership
• Discover the two pillars of effective leadership – neither of which have anything to do with you!
• Develop a system for creating roadmaps for success that everyone can get behind, including people who operate differently from you
• Realize that leadership presentations don't have to be mind-numbingly boring!