Lex Gillette is a globally recognized Paralympic track and field athlete for Team USA. Competing primarily in the long jump, Lex has amassed four Paralympic medals, four world championships, and he is the current world record holder in the event. He is the only totally blind athlete on the planet to eclipse the 22-foot barrier in the long jump.

Currently, he's training for the 2021 Tokyo Paralympic Games where he aims to bring back gold for the United States of America.

Read More
Lex Gillette Profile
Lex Gillette is a globally recognized Paralympic track and field athlete for Team USA. Competing primarily in the long jump, Lex has amassed four Paralympic medals, four world championships, and he is the current world record holder in the event. He is the only totally blind athlete on the planet to eclipse the 22-foot barrier in the long jump.

Currently, he's training for the 2021 Tokyo Paralympic Games where he aims to bring back gold for the United States of America.

Robbed of his sight during childhood, Lex Gillette was determined not to fall victim to a world consumed by darkness. With the aid of his mother, Lex was exposed to a diverse offering of resources and tools that were essential to his ability to achieve great things independently. "Elexis, it does not matter what anyone says. You decide what you can do, and no one else." Those are the exact words spoken by Lex's mother and were echoed in a 2016 Procter and Gamble commercial that featured both of them. Those same words have helped her son succeed in transforming what was once a tragedy, into a triumph. His athletic talents have been featured in media outlets including ESPN, Sports Illustrated, USA Today Sports, and People Magazine. He is a 2015 inductee in the ADN Hall of Fame.

Off the field of play, Lex devotes his time to positively enhance the lives of children nationwide. He serves as an athlete-mentor for Classroom Champions, an organization that pairs Olympians, Paralympians, and professional athletes to K-8 students of schools in underserved areas within the United States and abroad. Through this program, Lex educates his students on the importance of skills such as goal setting, diversity, perseverance, teamwork, and healthy living. Lex and several of his students were featured in Fast Company in 2015 outlining the development of a Google Glass app that would give Lex access to more of the world, the same world that his students see with their eyes daily. It is during these early years when positive role models and strong guidance helped shape the trajectory of Lex's life. His mission is to provide that same support for kids today.

Lex is a sought-after inspirational keynote speaker who empowers his audiences to gaze beyond the horizon and see more than what is in front of their eyes. There is no need for sight when you have a vision. ® That is the very phrase that has propelled Lex into a world of infinite opportunity. It is not our eyes that ultimately determine success in life. It is our ability to see a vision and do everything in our power to turn it into reality. During Lex's presentation, you will laugh, you will cry, you will be inspired, and you will learn how to become a better version of yourself. With every stage that he graces, Lex is determined to do for his audience, what was done for him. 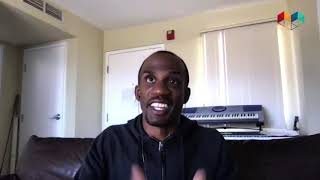 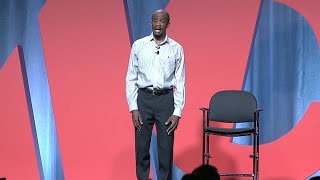 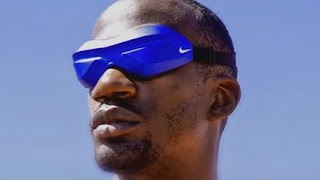 No Need For Sight When You Have A Vis...

No Need For Sight When You Have A Vision®
Achieving goals requires establishing a vision and doing everything in our power to bring it into fruition. Blind since the age of eight, Lex Gillette was determined to not let that factor keep him from achieving his goals. In this 30 minute program, we will travel with Lex through many scenes of his life, feeling every emotion along the way. You will be taken on a journey of discovery that will reveal the lessons and ideas that have propelled him to athletic dominance in the long jump.

Close your eyes, open your mind, and imagine your highest potential. Get ready to navigate down life's runway and ascend toward a vision of success.

Remove the Blindfold:
Lex explores the idea of blindfolds, how they appear in our lives and amongst our teams, and what we can do to remove them to see the world with more clarity and truth.

Connection is the New Currency

Connection is the New Currency
We will traverse through the 13-year relationship between Lex and his guide Wesley Williams, and how a real and authentic connection has helped propel Lex to dominance on the global stage. You will leave this session with a firm understanding of the power skills needed to build and maintain real connection, and how that connection helps drive teams to dominance in the arena of life that matters most to them.