A three-time Super Bowl champion and five-time Pro Bowl selection, Darren Woodson is often recognized as one of the greatest players to wear a Dallas Cowboys uniform.

A native of Phoenix, Woodson played football at Marvale High School as a running back and linebacker. He attended Arizona State University, where he was a converted linebacker for the Sun Devils and earned his Bachelor of Science in Justice Studies.

A native of Phoenix, Woodson played football at Marvale High School as a running back and linebacker. He attended Arizona State University, where he was a converted linebacker for the Sun Devils and earned his Bachelor of Science in Justice Studies.

In the 1992 NFL Draft, the Dallas Cowboys selected Woodson in the second-round (37th overall). Throughout his 12 seasons (1992-2004) with the Cowboys, he earned a reputation as one of the hardest hitters and most ferocious safeties in the NFL.

Upon retiring from the NFL, Woodson joined ESPN as an NFL analyst in 2005. He appeared on "NFL Live" and "SportsCenter" and also participated on the network's coverage of the Super Bowl, NFL Draft and NFL training camp specials. After 14 years with the network and commuting weekly to Bristol, Connecticut, Woodson announced his retirement in 2019.

Transitioning from the NFL to a post-playing career is not easy for most athletes —but Woodson has found consistent success. In 2017, Woodson joined esrp and bridged his storied football career and entrepreneurial spirit with commercial real estate.

Located at the Dallas Cowboys' World Headquarters - The Star, esrp is a tenant and buyer focused commercial real estate company assisting clients in over 40 countries. As a Partner at esrp, he is directly involved with the firm's overall vision, growth, and strategy. Woodson focuses on locating, developing, and defining business relationships across a variety of industries and markets. He brings his innate leadership skills and passion for creating winning strategies to meet clients' real estate needs, while delivering a high-level of service. Clients include NTT DATA, Argo Data and MoneyGram.

Darren is married to Tiffany Woodson and has four beautiful children. 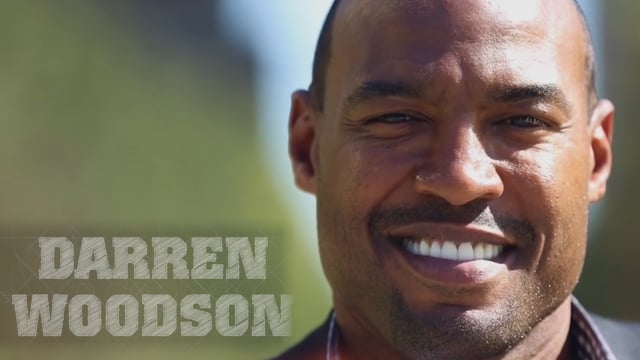 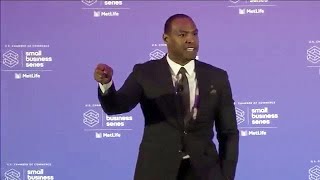 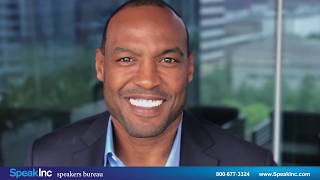 Creating a Winning Culture
Darren coaches others how to tackle the challenges of leadership, build a winning team, and compete to be the best. He inspires organizations to move beyond the mediocre and to create cultures of excellence by leaving them with the motivation to be a compelled leader. In Real Estate spaces, he brings his current knowledge and investment of the subject and speaks directly to the challenges you may be facing. Especially in the, "New Normal."

What are the cultural differences between mediocre teams and winning teams, whether they are in sports or business? In this speech, Darren Woodson (5 time Pro Bowl safety and 3 time NFL Super Bowl Champion with the Dallas Cowboys) describes what leaders must embrace in order to build a culture of excellence with their teams. Learn how to embrace change, competition, and confrontation within your organization.