Speaker's Fee Range : Fee may vary
Travels From :   BC

Adam Kreek is a Management Consultant, Entrepreneur and Executive Coach. A two-time Olympian, Adam holds 60 international medals, including Olympic Gold, and multiple hall of fame inductions. In 2013, Adam made the first-ever attempt to row unsupported across the Atlantic Ocean from Africa to America, the subject of the NBC Dateline Documentary, Capsized.

Adam holds a degree in Geotechnical Engineering and Hydrology from Stanford University, a coaching certification from UBC Sauder School of business, and Executive Leadership Training from Queens Smith School of Business.

Read More
Adam Kreek Profile
Adam Kreek is a Management Consultant, Entrepreneur and Executive Coach. A two-time Olympian, Adam holds 60 international medals, including Olympic Gold, and multiple hall of fame inductions. In 2013, Adam made the first-ever attempt to row unsupported across the Atlantic Ocean from Africa to America, the subject of the NBC Dateline Documentary, Capsized.

Adam holds a degree in Geotechnical Engineering and Hydrology from Stanford University, a coaching certification from UBC Sauder School of business, and Executive Leadership Training from Queens Smith School of Business.

Adam teaches strategies and skills of leadership, high performance and perseverance to corporate and government teams and associations globally through keynotes, workshops and online seminars. Long-term clients include leadership teams from the Aerospace, Healthcare, Nutrition and Clean Energy Sectors.

Adam has taught hundreds of thousands of people at organizations including Microsoft, General Electric, Mercedes-Benz, L'Oreal, Shell, Million Dollar Round Table, YPO, TEDx, General Mills and hundreds of others. His infectious energy, authenticity and breadth of life experience allow him to connect effectively with audiences across sectors. Adam receives rave reviews from event organizers, executives teams and conference attendees at every event he attends.

Most importantly, Adam walks the talk. A two-time Olympian, Adam holds 60 international medals, including Olympic Gold, and multiple hall of fame inductions. While at Stanford University, completing his degree in Geotechnical Engineering and Hydrology, Adam helped to coach the Stanford Men's Crew from their 17th place ranking to Silver Medalists at the IRA National Championships. In 2013, Adam made the first ever attempt to row unsupported across the Atlantic Ocean from Africa to America, the subject of the NBC Dateline Documentary, Capsized.

In addition to his training and speaking, Adam is a freelance columnist who writes on topics of leadership, personal development and health for peak performance. He also works with various not-for-profit organizations dedicated to bettering community health.

Adam chairs the board of Cowichan Energy Alternatives, a low carbon start-up on Vancouver Island that specializes in biodiesel made from recycled vegetable oils, and community carbon credits. He serves on the boards of the BC Biofuels Network and the Island Biodiesel Coop.

Adam is a spokesperson for Whitehall Spirit Rowing Boats and Clubs, and an active volunteer with Power To Be, bettering the lives of disadvantaged and disabled youth through cutting-edge outdoor adventure programming. He is a Champion for the Canadian Mens Health Foundation, where he shares insights to better personal, family and community health, and a Big Brother, with Big Brothers and Big Sisters. Adam has visited hundreds of schools across North America, instilling in the next generation the idea that "the secret to happy living is giving."

Adam sits on the board of Seattle-based Educational Non-profit OAR Northwest; he is a former Board Member of the Canadian Olympic Committee and Clean Air Champions.

Born in London Ontario, Adam now lives in the Pacific Northwest with his wife and three children. 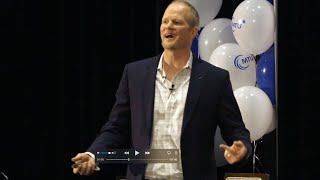 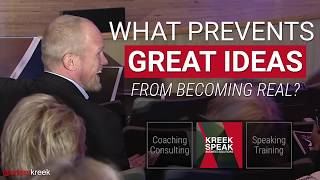 Innovation Without Failure Is ? 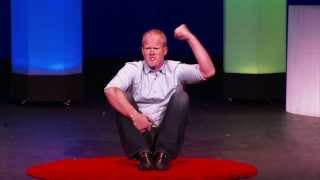 Leading and Executing Your Work-Life ...

Leading and Executing Your Work-Life Balance
Work-life balance is about identifying what's most important in our lives, explicitly communicating our priorities to our colleagues and our loved ones, and setting definitive boundaries necessary to achieve and sustain our desired way of life.

There is no one size fits all ‘work-life balance'; it is as unique to each of us as our shoe size. Leading and executing our personal work-life balance requires visioning, planning and the courage to stand up for our values and needs. Once achieved, work-life balance provides the freedom to live more calm and fulfilled lives.

• Identify their top work priorities, and focus on these essential tasks daily to reduce distraction and ensure that work is complete within determined work hours. Tools and strategies provided.
• Design and prioritize your personalized balance between work, life and health.
• Explore how assertiveness helps us to set boundaries to ensure desired work-life balance is achieved and sustained.
• Communicate effectively to convey your new work-life balance to family, friends and colleagues.

Olympic training statistics are remarkable. I know. I lived it. However, when discussing Olympic results, one measure of success and failure is often overlooked:

How many workers died in preventable safety incidents to create a successful Olympic experience? For me, it was 24.

Ten workers died preparing the Beijing Olympic facilities where I competed and won in 2008.

But there is hope. The London Olympics pursued safety with an overt Olympic mindset and delivered the best safety performance on record for a summer games. Not one worker died due to workplace neglect. Now, that's an Olympic record to strive for!

What is Gold Medal Safety? A Zero-Harm worksite.

The insights, questions and stories shared in Adam's keynote will help safety leaders and their organizations build and sustain Gold Medal Safety at every level of an organization.

Mental Fitness For Living Well
The definition of insanity is doing the same thing over and over again and expecting a different result. Our daily habits, routines and mental states are no exception.

Statistics don't lie. We're more stressed, overworked, overweight and less healthy than ever before. Yet we get up and repeat our behavioural patterns, regardless of whether they are serving us.

As a business owner, entrepreneur, and father of three, Adam has adapted the skills and strategies that propelled him to Olympic Gold to meet the demands of his current pursuits – business, family and community life. As a lead Champion for the Canadian Men's Health Foundation and advocate for mental health and wellness programs, Adam teaches simple, practical and science-based strategies to strengthen mental fitness for day-to-day wellbeing.

Join Adam for a transformational keynote or workshop to explore ways you can take back control of your own health and wellness. Set and fulfil your personal goals and develop a mental fitness for life.

Participants will leave with practical and actionable habits and strategies to better their personal mental fitness for life.

It's time to hop off autopilot and reboot. To pause and dedicate time to take a breath, reclaim yourself and reset for the next chapter of your life.

Teamwork and Leadership in Times of C...

Teamwork and Leadership in Times of Change
An incredible power is released when we work effectively together. When teams function optimally, they can be excellent tools to ensure resiliency, manage risk, and maximize achievement in times of change. When the whirlwind takes over, busyness gains priority and stress levels run high. In a fast-paced environment, we often let communication and team dynamics suffer, and the costs are significant.

Strong team culture is essential to sustain success. How can we foster authentic and lasting team culture? Reunite your team under a higher goal. Embolden the professionals on your teams to lead from within. Adam combines inspiring stories with an interactive presentation to share the concept of Shared Leadership with teams across sectors.

It's time to hit the refresh button. Empower your team to navigate current and future uncertainty with confidence. Participants will gain my best practices for managing change, and the tools that are necessary for consistent self-improvement.

Learn Key Lessons to Build Teamwork and Leadership in Times of Change:

• Why we must have clear roles in our teams
• Why it is important to "debate ideas, not people"
• How airing our grievances can create a stronger team
• How disagreements can be overcome by focusing on shared objectives
• Communication tips for better teamwork and team leadership

Other Titles
Why Our Fear of Failure Fails Us
We've got the balance wrong.

A healthy fear of failure is essential. It reminds us of our accountability and emboldens the threat of consequence. But excessive emphasis on failure can paralyze productivity and stop us from achieving our best work.

Risk aversion, inner-resistance, self-sabotage, procrastination, anxiety and perfectionism are all signs that we hold an unhealthy fear of failure.

Successful teams and organizations require a healthy relationship with failure. Too much fear – or too little – signals future disaster. Managing your fear of failure effectively allows for individual authenticity and reclaimed confidence. And we need both for sustained success and performance.

It's time to reframe our fear of failure.

• How an inaccurate conception of failure cripples engagement, growth and ability
• How to separate self-worth from past success and failure
• Differentiate between blameworthy failure and praiseworthy failure
• Reclaim lost confidence: the action-growth connection
• Big dreams and small steps can increase your capacity for achievement

Inch by Inch
Overcoming Obstacles to Success
At the Beijing Olympic Games, my team's goal was to gain one inch over our competition with every stroke. We won Olympic Gold by just over one second—or 220 inches. That's one inch for every stroke.

The inches add up.

The same is true in business, entrepreneurship, career and life: quick fixes do not drive excellence.

Too often, we race for quick fix solutions, clinging to claims of easy success: "If only we could fail faster, schedule smarter or work harder". We maintain unsuccessful strategies at all costs to evade slowing down, re-strategizing and regaining our focus.

The truth is, it takes focus and consistency to establish effective habits. We achieve peak performance when we prioritize the inches: powerful habits, strategies and tools that drive results.

The definition of insanity is doing the same thing over again and expecting a different result. It's time to take time. Step back and implement the inches that will create and sustain peak performance.

• Focus on what you can control
• Embrace a growth mindset: inspire intrinsic persistence
• Reject instant gratification: find happiness in effort, drive and process
• Harness the power of authenticity
• Capitalize on the value of active listening
• Do the work