iLuminate is an entertainment technology company that combines state-of-the-art technology with electrifying entertainers who perform in the dark to create the ultimate performing arts experience.

Read More
iLuminate Profile
iLuminate is an entertainment technology company that combines state-of-the-art technology with electrifying entertainers who perform in the dark to create the ultimate performing arts experience.

Since launching in 2009, iLuminate's patent-pending technology has been used in numerous performances by Grammy-winning superstars such as Chris Brown, Christina Aguilera, The Black Eyed Peas, and David Guetta, among others. It has also been featured on hit television shows including America's Got Talent (in which the dance troupe took third place during the show's sixth season), Dancing with the Stars and X Factor, as well as awards shows such as American Music Awards, MTV's Video Music Awards, BET Awards, The Nickelodeon Awards, Billboard and Latin Billboard Awards. iLuminate has performed on Good Morning America, The Wendy Williams Show, The Ellen DeGeneres Show, and at the Kids Inaugural, in Washington, DC, in January 2013.

Having catapulted into an international sensation, iLuminate has performed across the globe for various events, including headlining at the Cairo Opera House in Egypt; performing with Labrinth for Sony's Xperia smart phone launch in London; dancing at automotive shows in Canada and South Africa; participating in Capezio's prestigious 125th Anniversary Celebration at New York's City Center; performing live on the internationally broadcasted Latin Billboard Awards; and participating in the Hennessy Classivm Mega Event in China, among several others. In addition, iLuminate continues to perform at numerous corporate events across the country for such prominent companies as IBM, Lenovo, Opryland, Energizer, Dell, Cisco, Olympus and Starwood Hotels, among many others. 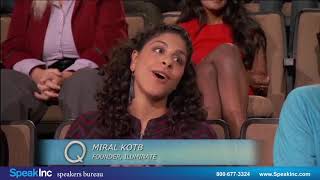 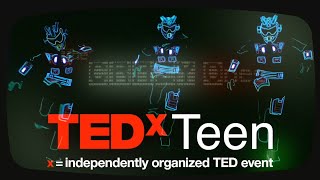 Artist of Light
iLuminate takes you on a fantastical journey in the latest production of their New York show, "Artist of Light," which tells the story of Jacob, a talented young artist who struggles to connect with the real world. He takes comfort in his magical paintbrush, which grants him the power to turn the characters of his imagination into living, breathing creatures. When a jealous bully steals the paintbrush and uses it for evil, turning Jacob's sweet creations into horrifying monsters, Jacob must face danger without the help of his miraculous tool. He fights to save his town and friends, all while knowing the paintbrush that brought him so much joy is now a weapon in the hands of a villain bent on destruction.

Music, art, and the technological magic of iLuminate bring you a story of adventure and romance told through dance styles from contemporary to hip-hop to breaking and using the power of light. We invite you to join us for "Artist of Light," an original and wholly unforgettable theatrical experience!