How Much Do Name Draw and Celebrity Speakers Cost? 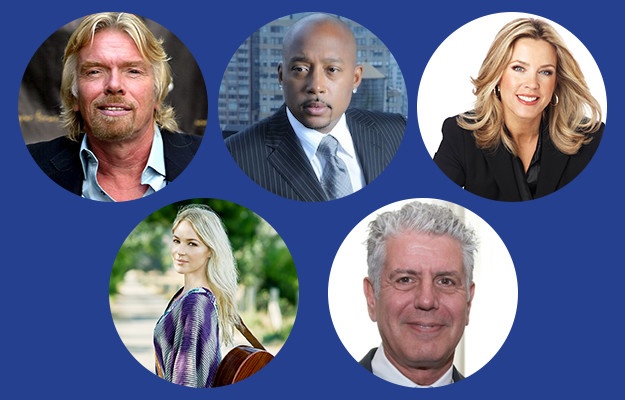 A keynote speaker can often make or break the success of your organization’s conference or event. A famous name tends to draw in the crowds, while a relative unknown typically doesn’t generate a lot of interest. However, the cost of hiring a name draw or celebrity speaker isn’t something to sneeze at.

Take a look at the costs that come with hiring a celebrity keynote speaker, as well as the potential return on investment for higher speaking fees.

What Does a Celebrity Speaker Cost?

As the saying goes, “Every man has a price.” With an unlimited budget, you can hire virtually anyone to be a keynote speaker. Speakers generally set their own prices based on what they feel their time and talent is worth. Naturally, that means the more famous or well known a speaker is, the more he or she will cost for an appearance. Here are a couple of examples:

Why Do Celebrity Speakers Cost So Much?

Celebrity speakers bring a high level of prestige to your organization and event, and most of them are well aware of how valuable their time and talents are. As with most things in business, “You get what you pay for,” and a famous name that draws media attention and sells tickets will most assuredly come with a higher cost. However, the cost of hiring a top celebrity as your event’s keynote speaker can pay off in terms of return on investment (ROI).

If you have the money in your event budget for a top celebrity speaker, you also want to be certain you’re going to get a positive ROI for his or her appearance. Take a look at some of the concrete advantages of hiring a celebrity speaker with a large speaker’s fee.

Jeff joined SpeakInc in 1995, became Partner in 1996, and with over seventeen years of experience in the industry, still loves what he does. Jeff is a graduate of California State University of Northridge with a B.A. in Radio, Television, Film. At SpeakInc he works both in the corporate market, as well as the association market and is actively involved in the American Society of Association Executives (ASAE). Outside of his time in the office, Jeff can be found relaxing at the nearest beach or swinging the clubs on one of Southern California's amazing golf courses. What brings him the most joy, of course, is spending time with his wife, Denise, and young daughter, Faith.

Why Work with a bureau

Let our experts explain why it pays to partner with a non-exclusive speakers bureau.

GET YOUR GUIDE NOW