Are you an innovation skinny-dipper? 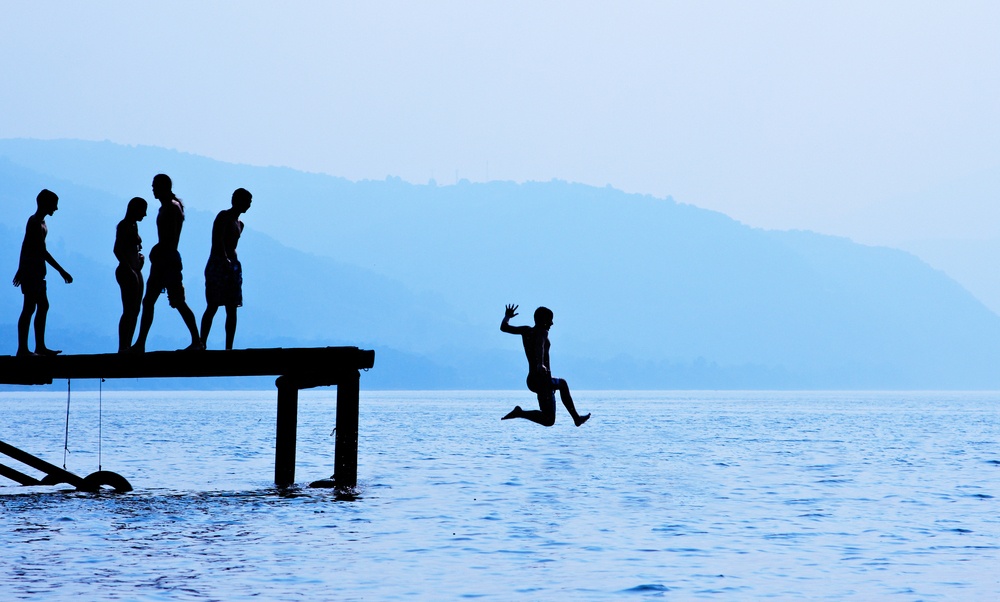 I grew up in the rural South. Most every farm had a pond created for water for cows, especially during a dry spell. It was often the water source for irrigation and the recreation source for fishing and swimming. When a group of boys gathered at a pond with an “I dare you” mentality on a summer day, the challenge to skinny dip was never far away.

Typically, all ultimately participated. But, the ones to strip off first and head for the water were considered the pacesetters. It had little to do with anatomical pride; it was an attitude of adventure and courage.

We live in a time when incremental improvement will not suffice to retain competitive advantage. Winners are the innovators willing to take risks and boldly go beyond what peers are unlikely to even try. It is not foolhardy recklessness like jaywalking on a busy street. When Elon Musk launched a Tesla roadster into space, it was symbol of bravery. When Tim Cook lead Apple’s launching of the Apple Watch, it was less about what the watch actually was and more about a gallant vision of what the watch could become—a wearable portal to practically every facet of life!

One of my favorite innovator stories is skinny-dipper Samuel Colt. Sam grew up on his grandfather’s farm. One of young Colt’s chores was taking a horse and wagon into the shipbuilding town of Glastonbury, Conn., for supplies. On one trip, Sam listened to soldiers rave about the prowess of the double-barreled rifle, boasting the impossibility of anyone ever devising a firearm that could shoot more than two times without reloading.

It was a watershed moment for the 12-year-old Colt, who vowed to become the person who would craft an “Impossible gun.”

Pursuing that childhood dream, he created a pistol (the Peacemaker) that could shoot six rounds successively without reloading. With an order from the Texas Rangers to quickly produce 1,000 pistols, he realized the “one-at-a-time” artisan approach to gun making would never work. However, a pistol with interchangeable parts would be more efficient and help him realize his dream of an assembly-line process for greater productivity.

He wrote to his father in 1836: “The first workman would receive two or three of the most important parts and would affix these and pass them on to the next who would add a part and pass the growing article on to another who would do the same, and so on until the complete arm is put together.”

Henry Ford in 1913 reasoned that Colt’s two concepts (interchangeable parts and assembly line production) could be a way to provide automobiles for the masses. He improved on the process by making it movable. It became the factory operation approach for all industries. With the advent of railroads and the availability of labor, especially immigrant workers, America quickly became the industrial capital of the world, exporting goods cheaply due to efficiencies gained by mass production.

We can thank skinny-dipper Sam for starting a chain reaction that today produces smartphones, IBM's Watson technology and Tesla electric cars that can accelerate as fast as a Ferrari!

“Life is either a daring adventure or nothing,” wrote Helen Keller. “To keep our faces toward change and behave like free spirits in the presence of fate, is strength undefeatable.”

Let go of your anxiety of being rebuked, the concern for potential failure and the challenge of going unclothed into ambiguous waters. Surface your inner bravery and dive into the waters of uncertainty to confidently swim in the pond of innovation.