Guaranteed to be one of the most authentic, riveting, edge of your seat, presentations, that will challenge you and your team to create the new normal. People have the courage to change their lives after hearing John's presentation.

Read More
John Register Profile
Guaranteed to be one of the most authentic, riveting, edge of your seat, presentations, that will challenge you and your team to create the new normal. People have the courage to change their lives after hearing John's presentation.

Well, for John Register, just 27 months post surgery he qualified and made the Paralympic swim team. Four years later, after re-learning how to run on a prosthesis, John ran and jumped into the history books winning the long jump silver medal in Sydney, Australia.

John now uses the lessons he learned about change management, competitive advantage, and resilience to demonstrate to business leaders and sport collegiate professionals the process to hurdling Adversity and creating a new normal in life.

John has a unique ability to take the lessons he learned and make them relevant to each audience. His dynamic, authentic and engaging personality coupled with his expertise to facilitate real change during his presentation, makes him a highly sought after experiential speaker and trainer. It is probably why he was asked to give not one, but two, TEDx talks.

Testimonial: "One word sums up John Register, CSP: Wow! For business leaders wanting to energize their team(s) to deliver exponential results, John's amazing gift of experiential storytelling is authentic; his delivery style commands; and his message inspires and sticks. People are still talking about his message." - Gib Hedstrom, Program Director - The Conference Board

John's courage in the face of uncertainty inspires international audiences. He has spoken on 4 continents and been featured on numerous television shows such as, PAX's "It's A Miracle," with host Richard Thomas; MSNBC's "Morning Blend" with former host Soledad O'Brien; NBC's "The Weekend Today Show" and FOX's "The Edge" with former host Paula Zahn.

In 2007 he was appointed by Secretary of State Condoleezza Rice as one of eight members to advise the Secretary on Foreign policy Issues regarding disability. He continued to serve in this capacity under Secretary Hillary Clinton. In 2016 he served as a U.S. Embassy Sports Ambassador to the country of Uzbekistan and in 2017 led educational change in the positive reporting of Paralympic sport athletes with news reporters, bloggers, and television personalities in the country of Kazakhstan.

Testimonial: "John delivers. I have hired him three times. John helps our bottom line because he changes the "mojo" in our sales people's confidence. John is the change catalyst that inspires my team to stand firm when facing objections. This is what sells more product." - Greta Schuler, Sr. Sales Executive Major Pharmaceutical Company

In 2016, John earned the Certified Speaking Professional CSP) designation. Only 11% of global speakers have achieved this status. But more than that the accolades and certifications, John is a dynamic speaker who commands his listeners' attention with absolute authenticity, and a fresh mix of humor, emotion, and enthusiasm. His style is bring out the expertise in the room through highly engaging interactive activities and his anecdotal stories are applicable to any audience. You will leave reaching for the medals in your own life. 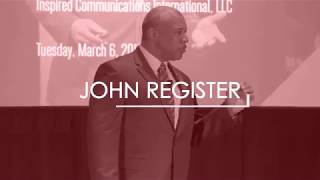 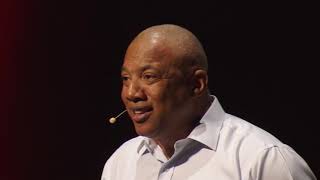 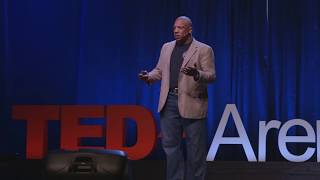 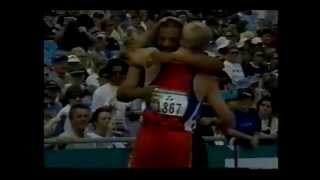 Reach Your Peak:
Winning Business Strategies Through the Lens of Olympic & Paralympic Athletes
If your company believes it can compete and win by playing it safe, then the game is already lost. During this session, John sheds light on why world-class athletes succeed despite the obstacles against them and how they gain the competitive advantage that leads to championship performance.

Disability Inclusion:
Elevate Past the ADA
There is a global shift happening in the value and appreciation of people with disabilities in the workplace.

During this session, learn the disability advantage and how to build a more inclusive culture for the only population which intersects every diversity category.

Hurdling Adversity - Creating Life's New Normal
How does one bounce back from being an Olympic track and field hopeful and Army Officer Candidate one day and becoming an amputee the next?

John Register knows the answer to that question all too well because, well, this is John's story.

"It is all about employing one's resilience," says John Register

Despite John's devastating setback, he hurdled his adversity and succeeded over it. Within 23 months he competed in Paralympic Games (games for athletes with physical disabilities and visual impairment) as a swimmer.

Four years later he returned to his first love of track and field and in Sydney, Australia at the 2000 Paralympic Games, John won the silver medal in the long jump and set the American record in the process.

John is the first to say that overcoming any obstacle no matter how great or insignificant one thinks it is, begins with having a resilient mindset.

But how do you get it? Where does it come from? And, can it be taught and learned so everyone can respond better when facing adversity?

Can you learn to be more optimistic? The answer is yes.

OUTCOMES:
This highly interactive presentation empowers attendees to plan past their setbacks in order to be more productive. Just as a hurdle race has 10 barriers that must be overcome for a successful race. John's will guide you through the core elements to succeed over setbacks.

Attendees will learn techniques to empower their environment.

These outcomes are benchmarked at 30, 60, and 90 days through either self-identified, self-guided and/or, company guided inspirational plans.