As manager of the global macro N3L Fund, named for Newton's 3rd Law, Tom analyzes government economic policies and their incentive effects on behavior…and prices in the real economy. His behavioral economic analysis leads him to specific investments.

As a speaker and writer, Tom reflects knowledge gained from investing as well as his experience working for one of history's celebrated economists, Dr. Arthur Laffer. But it is his background in theater and stand-up comedy that animates his speeches. He can take complicated topics of the day and make them interesting and often humorous.

As a speaker and writer, Tom reflects knowledge gained from investing as well as his experience working for one of history's celebrated economists, Dr. Arthur Laffer. But it is his background in theater and stand-up comedy that animates his speeches. He can take complicated topics of the day and make them interesting and often humorous.

In this environment of heightened policy activity, corporate and industry leaders are increasingly concerned about how policy changes will alter their business prospects. This is Tom's specialty. He is an expert on monetary, fiscal, regulatory and trade policies, and how changes in any of those four areas can dramatically affect industries, commodities, currencies, and companies.

An example of the insights Tom brings to his audiences: On August 20, 2014, while oil prices hovered near all-time highs, Tom published a Forbes.com article predicting a major collapse in prices. Almost immediately, oil prices began a decline culminating in a 50% price cut within five months. Tom's audiences receive this foresight in the months prior to the collapse.

Tom has been published in the Wall Street Journal, City Wire, Forbes.com and appears weekly on One America News Network's "The Daily Ledger" show. He has accumulated nearly half a million readers on Forbes alone. He frequently speaks at investor and corporate conferences and is a regular guest lecturer at universities including Vanderbilt University.

Tom spent 13 years as an institutional equity salesman for several investment banks, five years as a VP of Laffer Associates producing macro-economic research and seven years as the proprietor of Standard Research Corp. He founded the N3L Fund in early 2017.

Tom enjoys educating audiences, playing music, golf and hiking. He has been married for 30 years and is the father of three well behaved children. 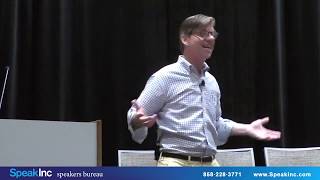 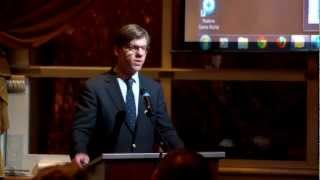 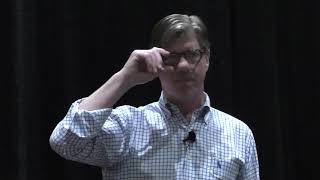 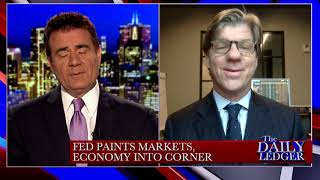 Booms & Busts Don't Happen In A Vacuum
Tom probes the great economic cycles of the U.S. over the last 100 years. He describes the factors that created the great depression and how bad policies deepened and prolonged the agony. He analyzes the "go-go sixties," the great inflation of the 1970s, the Reagan/Clinton bull market and more. He proves that government economic policies are to blame for these outsized economic cycles.

Some of these policies are so absurd that they verge on comical yet they come from (theoretically) the smartest people in our society. This is a content rich and very humorous economics lesson.

Rethinking Inflation, Why There Is No...

Rethinking Inflation, Why There Is No Inflation In The Modern Economy
This is an entertaining and vital lesson in supply-side economics. Up until recently, the broad consensus was that interest rates were on the rise and the U.S. federal reserve was behind the curve which would force them to aggressively raise rates to fight incipient inflation.

Well, there has been no inflation and interest rates remain under 3% What happened? Where did everyone go wrong? Tom explains why supply-side economic policy reforms on four continents have reduced the cost of production and prices in the real economy.

Income Inequality: It's not what ...

Income Inequality: It's not what you think
Income inequality is a hot topic and will remain so in the upcoming election cycle. Tom argues that the widening disparity between rich and poor is not a consequence of capitalism as critics argue, but just the opposite. Heavy-handed government regulatory policies crushed the real economy driving wages and average household incomes down on Main Street. Meanwhile the federal reserve, in a desperate attempt to foster growth, inflated financial assets by over 300%, helping only Wall St. and those citizens with significant financial assets. It's precisely too much government that created the problem.

Neither Political Party Has A Monopol...

Neither Political Party Has A Monopoly On Bad Ideas, How Partisanship Clouds Thinking
Tom reviews some of the most ill-advised policy mistakes from the last 50 years. This talk is both hilarious… and disheartening. Neither political party escapes his scathing criticism in this non-partisan expose. The brightest and most accomplished thinkers in our culture (politicians and their advisors) have conceived some twisted policy ideas which, in hindsight, created great mayhem in the real economy.