Jeff Jorge is the Executive Partner of GDP | Global Development Partners, a global consultancy group that delivers breakthrough growth strategy formulation, execution and turnkey international market entry support to companies in multiple industry sectors and foreign markets -- with particular emphasis in the Americas and fast-growing emerging economies, such as Brazil. GDP`s proven methodology enables companies to capture market growth -- internationally and domestically -- with reduced risks, improved outcomes, and shortened time-frames. With clients spanning an eclectic mix of established corporations and start-ups, along with deep mindfulness for social responsibility, Jeff and the GDP team help accelerate the growth of their clients by unlocking latent potential to capture sustainable market growth while benefiting people, planet and profits.

A native of Brazil, Jeff learned early the value of adaptability and resilience in overcoming the plight associated with life in a third-world country. As challenges often unlock opportunities, the need to help family led Jeff to an early start to his career: at the age of 16, assisting an international trade company in South America. Along with such early career start came the intrinsic knowledge related to capturing market traction as products and companies reached such foreign markets. From consumer products to automotive components, from apparel to raw industrial materials: the patterns of success were evident, and a career dedicated to international market growth began.

A native of Brazil, Jeff learned early the value of adaptability and resilience in overcoming the plight associated with life in a third-world country. As challenges often unlock opportunities, the need to help family led Jeff to an early start to his career: at the age of 16, assisting an international trade company in South America. Along with such early career start came the intrinsic knowledge related to capturing market traction as products and companies reached such foreign markets. From consumer products to automotive components, from apparel to raw industrial materials: the patterns of success were evident, and a career dedicated to international market growth began.

The personal and professional lessons learned since helped propel Jeff to become one of the youngest employees to lead large-scale global ventures for two Fortune 500 companies: TRW and Delphi. In multiple roles, Jeff was responsible for the launch and international market success of various business units that included medical devices, electronic modules, automotive systems and specialty vehicle components -- some of which have remained growth engines for over a decade. The experience gained and results delivered as part of increasingly complex international assignments where he led corporate strategy, new facility development, operations, manufacturing, regulatory affairs, marketing and sales afford him a uniquely deep know-how of what it takes for successful international ventures to take flight.

In search of a more entrepreneurial opportunity, Jeff left Delphi to join Ann Arbor-based Solidica, where he became instrumental in the growth of the early-stage company. As its Director of Global Market Development, Jeff helped to concurrently diversify and significantly grow company revenues and client base to include top players in vertical markets such as defense, commercial vehicles and sporting goods. His leadership and collective team effort garnered awards such as 50 Michigan Companies to Watch, Best of Sensors, Frost&Sullivan`s Product Leadership Award™, in addition to enabling the company`s initial expansion into Asia-Pacific.

Mindful of the increased pressure on companies to expand internationally, Jeff elected to leave Solidica to launch GDP. His objective: to help organizations successfully deliver on the global growth imperative via a flexible, predictable and highly effective consultative approach. Additionally, for the companies that so choose, Jeff and the GDP team also work collaboratively with clients to subsequently integrate social responsibility programs that help drive social change. As he puts it: "Elevating the status of society and the human condition is an inherent part of running a successful business."

In all, Jeff and the GDP team have helped companies reach double- and triple-digit annual growth rates and operational expansion into over 20 foreign markets -- with special emphasis in the Americas. As GDP`s Executive Partner, Jeff`s experience, non-linear life path, and ethno-cultural breadth afford him a highly unique view of the business world -- in particular, of where opportunities exist. His extensive knowledge of international business and growth strategy, along with a proven methodology to drive growth give his business- and life-related seminars, rare insight and credibility.

An acclaimed speaker, author and active member of organizations such as TEDx, American Society of Association Executives, National Association of International Advisors, National Society of Hispanic MBAs, Michigan Society of Association Executives, and many others, Jeff is also the leading fund-raiser for a number of non-profit entities and socially responsible causes in the U.S. as well as abroad. He is a featured columnist on The Huffington Post and has been profiled on multiple National Public Radio shows and other major news outlets.

Invited often to meet with legislators and policy-makers on global growth and international business affairs, Jeff is also a board member of Automation Alley`s International Business Advisory Council -- one of the United States` most preeminent international trade and economic development groups. He is also the Deputy Executive Director of The BRICS-PED Chamber in the United States (Brazil, Russia, India, China & South Africa Chamber for Promotion and Economic Development).

A smitten husband and avid triathlete, Jeff became a United States Citizen in 2008. 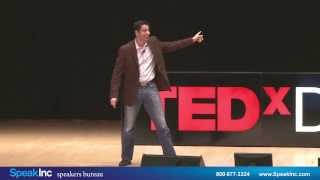 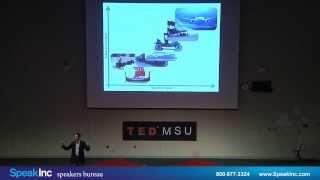 Global Market Pursuit in 10 Steps
Why You Should, How You Can, and How You Will (or Will Not).
In this keynote, Jeff shares first-hand accounts, rare insights and proven methodologies to help accelerate your company`s growth into international markets. In using some of the world`s fastest-growing economies and regions as the session`s foundational examples, this engaging and informative keynote enables participants to walk away with actionable tools to help accelerate their organizations` global expansion.

Triathlon Lessons
That Build Successful Organizations, People & Leaders
An informative, fun, engaging and (yes!) inspiring session on how lessons from one of the world`s fastest-growing sports can help you in growing your organization and in developing your team and self in the process. Learn how experiences gleaned from the disciplines of swimming, biking and running -- and often the horror in between -- can help improve goal-setting, reach breakthrough results (in revenue, operations, and personally), rise above challenges to advance your organization and yourself and more! As a veteran triathlete, entrepreneur, author and speaker Jeff shares insights that help you and your organization go the distance.

The Glocal Citizen
In this keynote, Jeff introduces the concept of Glocal Citizen and further explores how such traits shape who we are and the world around us. To do this, he reveals aspects of his own personal journey -- which included a period of homelessness -- and engages the audience to reflect and act upon their roles as citizens inside an increasingly global community. Fun, funny, emotional and thought provoking, this keynote has inspired a wide range of audiences and featured Jeff as an invited guest on multiple National Public Radio interviews.