Bridging his distinguished career from music icons to the visionary business leaders of our time, Freddie Ravel has emerged as a global force for transforming personal and professional growth through the performance, science and communicative powers of music.

Utterly captivated by music since age five, the GRAMMY-nominated composer, pianist and educator began performing worldwide with Brazilian Legend Sergio Mendes by the age of 23. Shortly thereafter, Universal Music released his three chart-topping solo albums, including the #1 hit in America, Sunny Side Up.

Read More
Freddie Ravel Profile
Bridging his distinguished career from music icons to the visionary business leaders of our time, Freddie Ravel has emerged as a global force for transforming personal and professional growth through the performance, science and communicative powers of music.

Utterly captivated by music since age five, the GRAMMY-nominated composer, pianist and educator began performing worldwide with Brazilian Legend Sergio Mendes by the age of 23. Shortly thereafter, Universal Music released his three chart-topping solo albums, including the #1 hit in America, Sunny Side Up.

Driven by his passion for applying harmonious music creation to empowering life skills, Ravel's concert appearances, delivered either in English and Spanish, span three decades across six continents. Officially named the "Keynote Maestro" by the city of Los Angeles, Ravel has delighted and mesmerized audiences from the heart of the Amazon to the boardrooms of corporate America while simultaneously inspiring leaders such as India's former prime minister Rajiv Gandhi and the King of Thailand. To date, Ravel has presented his music and message to 75 countries and counting.

In 1999, Ravel developed a breakthrough system that applies music principles to best business practices called "The Rhythm of Success." The unique peak performance methodology enhances leadership, collaboration and time management using the undisputed international language of music as its foundation.

In his relentless pursuit for delivering excellence, Ravel consistently receives rave reviews from clients that include Fortune 500 companies such as Apple, Blue Cross, Citi, IBM and Toyota, as well as enthusiastic endorsements from thought leaders such as Deepak Chopra, Arianna Huffington and sports legend Andre Agassi. Always looking forward, Ravel speaks to a brighter future where the art and science of music serves as a sustainable paradigm to bring business, events and society from dissonance to harmony. 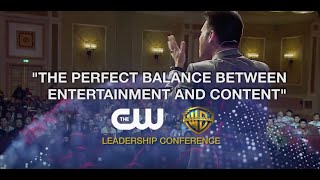 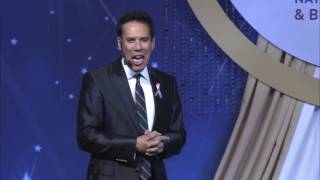 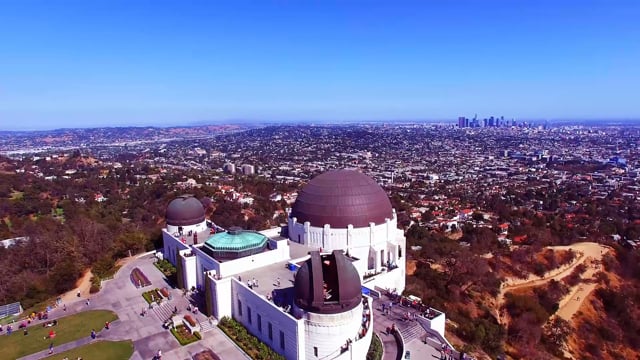 The Rhythm of Success

The Rhythm of Success
The Rhythm of Success is a one-of-a-kind program designed to challenge and inspire organizations to discover their untapped potential. The format is fast-paced, entertaining, and as the secrets of the world's undisputed international language of music are revealed, full of surprises.

No matter what kind of organization—from small companies to large corporations—employees at all levels will tune up to a better future by becoming more collaborative, productive and ultimately more profitable. This multimedia "keynote concert" experience is sure to open or close your meeting on a dynamic high note.

The "Keynote Maestro" - Your Master of Ceremonies
Want to keep your meeting moving or add an extra spark to make your event unforgettable? Freddie Ravel as your emcee is the answer. He combines your business themes and the Four Foundations of Music to rev up the energy of general sessions throughout the day, your multi-day meeting or your awards ceremony.

Freddie strongly believes in advance planning to ensure your event's success. As your Master of Ceremonies, he'll work with you prior to your event to reveal, punctuate and energize your audience through short bursts of music and entertainment for that perfect segue to your next speaker or award presenter.

Freddie is in constant demand as a keynote presenter, performer and emcee—his high energy and powerful stage presence guarantees a lively and highly successful event as he ties your program into a perfect bow that further empowers, uplifts and inspires your audience. He is your assurance that the mundane transforms to magnificent and why so many clients invite him back year after year!

Teamwork:
Diversity and the Power of Human Harmonics
Have you ever heard a great-sounding band or orchestra where everyone is a soloist? It doesn't exist. For over a decade, the Gallup polls reveal that four out of five employees are disengaged in their work, costing the U.S. economy over $500 billion annually in lost revenue.

The Keynote Maestro shares personal stories of how minorities and women have opened doors to his ongoing success from being hired by Brazilian producer Sergio Mendes at age 23 to being the only white guy in the all black band named "Earth, Wind and Fire." In addition to his collaborations with Dr. Martin Luther King's daughter, Yolanda King as guest author in Open My Eyes, Open My Soul alongside Stevie Wonder, Muhammad Ali, Robert Kennedy, Jr. and Maya Angelou, he's played the GRAMMY's with Prince, recorded with Madonna for her major motion picture debut, Evita and toured the world to packed stadiums with Latin rock legend Carlos Santana.

Freddie Ravel drives home the message that when we embrace teamwork and inclusion, our collective Melodies, Harmonies and Rhythms achieve the ultimate SCORE—a world where human potential is raised and diversity drives organizations to gain the distinct advantage needed in today's hyper-competitive marketplace.

Illuminating the properties of Human Harmonics to resolve conflict and create breakthroughs, this program will help your team learn how to better listen, engage and achieve collaborative success.

The Music of Leadership

The Music of Leadership
This presentation takes your audience on a deep dive into the role of "Melody" within music and its power as the central message to bring life to your products and services. When leaders "sing" a better future, inspiration resonates across the entire company's culture.

Other Topics
Resolving Disruption
Disruptions are ever-present and it's easy for organizations to get out of tune and out of sync. This interactive experience takes your audience into what disruption really sounds like, then transforms that dissonance to resolution. The stunning new composition that is created reveals the wisdom and capability of the audience to achieve their highest potential.

The Pulse of Productivity
In our age of relentless distractions and the increasing demands of profits and productivity, time management is of the utmost importance. In this rhythmic journey through the pulse of the beat, your audience will discover their own Rhythm to move forward in a synchronized fashion to victory, as Duke Ellington wrote in his timeless classic, "It Don't Mean a Thing (If It Ain't Got That Swing)."

The Music of Diplomacy
"Music's the great invitation
For mankind to transcend spoken word
To enhance how we think
And put into sync
So we hear what is mostly not heard."

Those words, from his number-one charting release, If Music Could Speak, sum up the central message of everything Freddie Ravel. Hailing from parents of Latin American and Eastern European decent, his humble beginnings as a newspaper boy to his rise as an internationally-renowned musical ambassador, Ravel is a living example of the classic American success story, highlighting that our strength and competitive advantage as a nation lie in our diverse cultural roots and experiences. Combined with his unrivaled passion for music and business, Ravel unlocks the minds, hearts and potential of audiences around the world.

For his ongoing contributions to education through music, Ravel was recently knighted by the Knights of St. John, an organization who has championed hospitals and healthcare for over a 1,000 years. In this interactive program, Ravel combines proven solutions towards resolving conflicts and brings meaningful dialogue backed by scientific data and creative musical expression to appeal to the mind, body and soul of your conference participants.

In these turbulent times of global chaos and relentless disruption, Ravel equips your group with tangible results revealing how music heals not only the sick—but the ills of today's society by bridging cultural divides that allow conversations for peace to prosper and inspire greatness in leaders and entrepreneurs alike.

Serving as a bridge between legendary music artists, business leaders and the Fortune 100, Ravel has co-published works with such visionaries as Earth, Wind and Fire, Carlos Santana, Deepak Chopra and Dr. Martin Luther King Jr.'s daughter, Yolanda King providing over two decades of music-applied-to-life successes in both the public and private sectors.